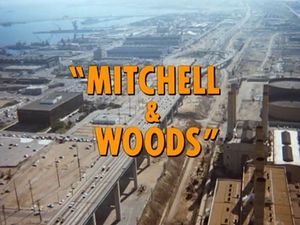 Traffic officers Mitchell and Woods give up their bikes and uniforms to become detectives. They've only just started their new job when a man walks in saying he wants to report a murder. He promptly drops dead, and Mitchell realizes she nearly went to the prom with him. They find a diamond ring taped to his body and persuade their Lieutenant to let them take the case.

Ponch and Jon stop for a coffee break with Mitchell and Woods (two female traffic officers), but they have to leave to start their new detective jobs. They end up arriving at the station and take their new boss's parking spot. After reviewing their new caseload, a guy walks in and asks to report a murder...and drops dead. Mitchell realizes that she almost went to the prom with the guy so they take the case.

While investigating Buddy's apartment, his girlfriend, Chickee, walks in and claims she came to get his jacket. When Woods goes to open the closet, a guy runs out. Mitchell and Woods chase him. Woods borrows someone's car to chase the guy in his car while Mitchell is holding on to his sunroof. Mitchell soon falls off and causes a major traffic accident. "Closet guy" gets away.

While tracking down "closet guy", they end up at a fancy party. After punching the hostess, they leave and go to another party to find information on Buddy. After threatening one guy and leaving another handcuffed to a table, they take on some motorcycle punks and dump them in piles of garbage.

After getting lunch and help from Ponch and Jon, they do some investigating. They have a big ring that Buddy had taped to his body appraised. It is worth $250,000 and belongs to "Chickee".

Later, on a mountain road, a Caddy tries to run Mitchell and Woods off the road, but drives off a cliff. When they discover that car is also registered to Eleanor Martin, they go to her house and arrest her after she confesses. At the bus terminal they say goodbye to Chickee as she moves to the country. Then they notice that Ponch and Jon are ticketing their car. Ponch and Jon agree to accept lunch instead of ticketing them. They all walk off (leaving the car still illegally parked.) 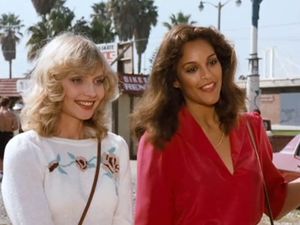 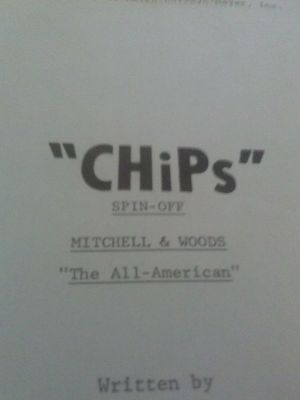