Ponch's karate skills earn him respect among some kids at a youth center, and they turn in one of their own who had been stealing vehicles. 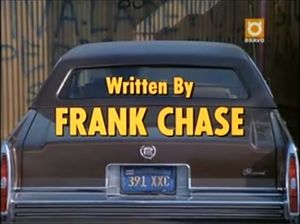 Andy pulling into a parking spot. 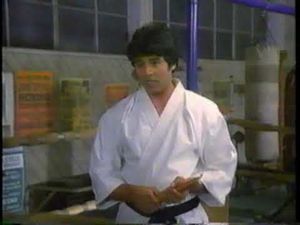 Ponch teaches karate down at the Oak Street Youth Center.

Ponch and Jon are on patrol in Ponch's old neighborhood when they respond to a call and end up chasing stolen motorbikes. Jon arrests a kid named Billy while Ponch looks for the other one. He finds an old friend, Rivas, who is working as a parking attendant and denies seeing anyone. Ponch feels a motorbike engine and the heat tells him that it's the one he was chasing, but Rivas tells him the guy must have dumped and run up the street. As Ponch rides off, Rivas gets the girl who was riding the motorbike out of a parked car and tells her where to run.

At a lunch spot, the motorbike thieves meet up and get paid by their ringleader. Meanwhile, Getraer talks about crimes against property at the briefing. After the briefing, Getraer tells Baker and Poncherello that the boy they caught was defended by a high-priced lawyer even though his mother is on welfare. They know something's up and head over to see Rivas for more information on the stolen bikes. He's not at the parking lot, but the attendant on duty says he may be at the Oak Street Youth Center.

At the youth center, they find Rivas. Ponch tells Jon they met when Rivas was 12 years old, stole some candy bars, and ran into Ponch. Rivas's boss, a social worker, tells them about someone named Andy Macedon who is getting the kids in trouble. Outside, he tells Jon that he knows Andy Macedon. Andy was a couple years older than him and used to beat up on Ponch "just to loosen up his knuckles."

As Ponch is telling Jon about Andy, he spots some kids are trying to break into his car. Ponch and Jon chase after them in Ponch's car and call for help on the CB radio. They're pulled over by an LAPD motorcycle officer and the car thieves get away. The officer is a jerk and gives them a hard time. After they threaten the officer and he lets them go, they go looking for the crime boss, Andy Macedon.

They find Andy at a restaurant. He knows who they are already. After answering some important questions, he flips a plate upside-down and smashes it with his fist. Ponch gets the idea to use the youth center to teach kids karate and gymnastics to keep them out of Andy's gang, off the streets, and out of trouble.

Meanwhile, Baricza encounters some of Andy's kids stripping a car on Lorenzo Drive. Baricza tells them to get down on the ground, but Billy fights back. He's taking quite a beating and knocked back onto his cruiser. He rolls off just before the van backs into the cruiser. Baricza keeps fighting, but gets knocked to the ground. Finally, he pulls his gun on Billy and the kids drive off as he looks at his gun with regret.

That night, Baricza is at the youth center looking for the kid he almost fired on. Ponch, Jon, and the rest of the CHP is there to show off their talents to the kids. Bonnie shows off at gymnastics, Grossie offers chess lessons, Rivas offers boxing lessons, and Harlan looks for ping pong players. However, everyone is clearly interested in Ponch's karate lessons and Bonnie's gymnastics.

The next day, Ponch and Jon chase a van that fits the description of the one that Baricza encountered. The van rolls over and Billy is arrested while his friend gets away on foot.

That night, Ponch is giving Karate lessons when Andy Macedon shows up and picks a fight with Ponch. Ponch refuses to fight and they call it a night.

The next day, Turner is at the scene of an accident in the parking lot where Rivas works. His boss fires him since he was in charge of the lot at the time. Ponch shows up and Rivas yells at him.

Rivas finds Andy at his favorite restaurant and Andy admits to setting things up to get Rivas fired. Since Rivas needs money, Andy hires him as a driver.

That night, Ponch shows up at Andy Macedon's secret meeting. Andy starts a fight with Ponch. Ponch starts off taking a beating. When he turns the tide, someone hands Andy a bō. Ponch knocks the bō out of his hands and Andy gets sai while Ponch takes the bō. After Ponch knocks the weapons out of Andy's hands, someone tosses nunchaku to him. Ponch uses a tonfa to take the nunchaku from Andy. Ponch drops the nunchaku and uses good old fashioned karate to beat the crap out of Andy. The episode ends with people willing to turn him in and prove he's a crook. 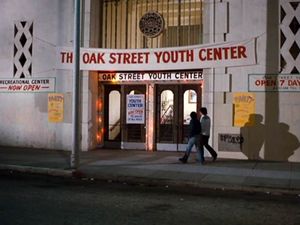 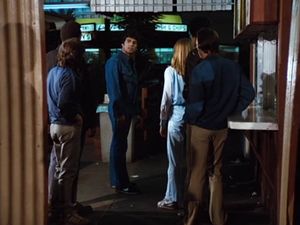