Anything But The Truth 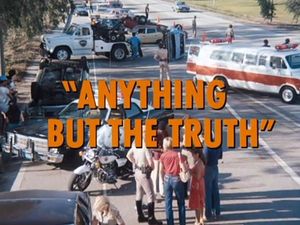 A guy is stealing cars and using them to cause minor accidents with female drivers so that he can rob them. One of the attacks is witnessed by a hitch-hiker, who turns out to be Jon's girlfriend. The only problem is that she's a compulsive liar. 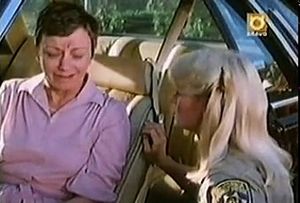 Bonnie trying to comfort Mrs. Williams after she was robbed and assaulted. 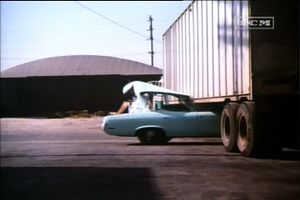 Wally ripping the roof off a stolen car.

While Jon and Steve are out on (now illegal) 3-wheel ATCs, a woman hitches a ride and witnesses a robbery/assault. She runs off and hitches another ride, giving the driver a different story.

Later, Baricza finds the witness out on the highway looking for another ride. She gives him another different story.

Out on the streets, the guy who terrorized the woman earlier rams a car and is about to do the same thing to another woman when Turner shows up. He manages to get away by driving under a parked tractor trailer, chopping the top off of his car. 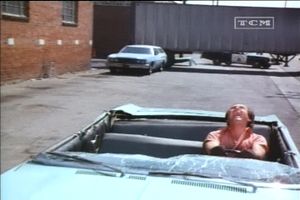 Wally laughing about his getaway. 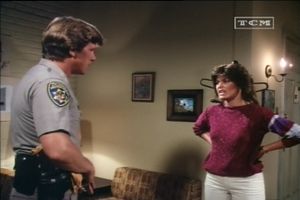 That night, Jon picks up his date, who turns out to be Marcie, the hitch-hiking liar.

The next day, Marcie has to go to a self defense class to get out of the ticket, and she makes up some lame story to cancel a date with Jon.

That night, Jon assists Bonnie and Steve in the self-defense class. When Jon spots Marcie, she says she was caught speeding, but Bonnie then scolds her on hitch-hiking within earshot of Jon. Marcie then shows Jon the picture of the guy she drew. She says she was bumped and a victim. When she tells the story to Getraer, she contradicts everything she told Jon. 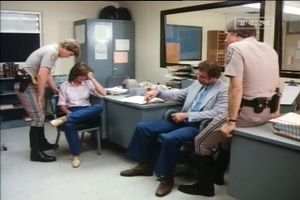 Marcie in Getraer's office with an investigator. 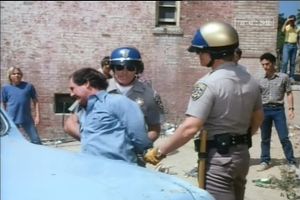 Later, Jon and Steve double-date on ATCs. Marcie says she's an expert but she loses control of her ATC and it flies off a cliff after Jon pulls her off.

Back on duty, Getraer tells Jon that Marcie is a compulsive liar.

Out on the streets, the nut who rams cars hits a woman a little too hard and she gets knocked out and a truck hits her car. The nut drives off, chased by Jon and Steve. While temporarily out of their sight he dumps the stolen car and transfers to his own vehicle. Jon and Steve continue the chase until their target crashes his car. The guy looks just like Marcie's drawing, but he claims he wasn't driving the stolen car.

Jon gets Marcie to come in and tell the whole story. When Jon and Steve go to arrest the guy, he tries to kill them with a forklift! Steve manages to stop it before it crushes Jon and then they arrest him.

That afternoon, Jon stops by Marcie's and finds out she's moving away for a fresh start. Back on ATC's, Jon and Steve have been stood up and have to ride alone. 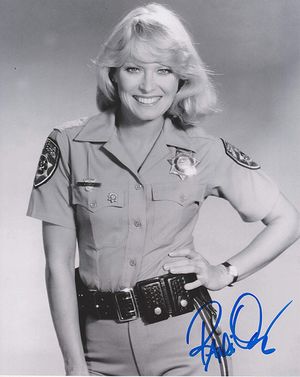 Randi Oakes in her uniform with full bangs at the time this episode was filmed in 1980.