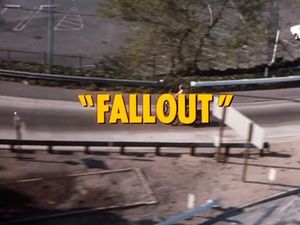 Ponch and Bobby give a ticket to the driver of an old school bus carrying "No Nukes" protesters, and discover Getraer's daughter among them. Ponch helps a young boy who's been hit by a car, and suspects his stepfather is beating him after he finds bruising on the boy's back.

When Ponch and Bobby come upon an accident caused by a "No Nukes" bus, they meet Getraer's daughter, Ellen. After the briefing, a kid gets hit by a car while playing catch with his step-dad. Ponch discovers bruises and possible child abuse. 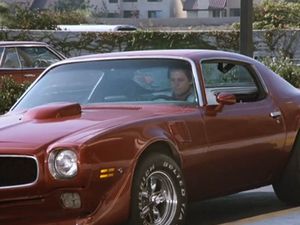 Later, Getraer visits his daughter at the protest headquarters. Back at Central, Ponch is leading the CHP in riot training. When they finish up, Ponch, Bobby, and Bruce go to the hospital the abused kid admits that he was beaten by his step-father. Ponch, Bobby, and Bruce chase after the step-father as he leaves the hospital. The arrest him after he crashes into several parked cars.

Later, the "No Nukes" bus is going under a bridge and its brakes give out. As it crashes, a fire breaks out, and everyone is trapped inside. Ellen manages to keep everyone calm and helps them out. Ponch enters the underpass with a single fire extinguisher, puts out the fire, and gets everyone out. Later, when the protesters refuse to leave, they are arrested...including Ellen. Getraer goes to bail out Ellen and everything turns out fine for them.

Back at Central, Harlan shows up to his goodbye party but we learn that he failed his physical because of his eyesight. 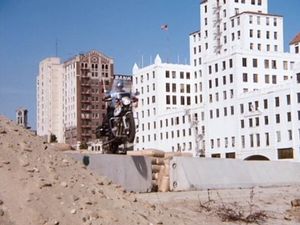