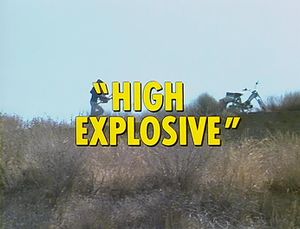 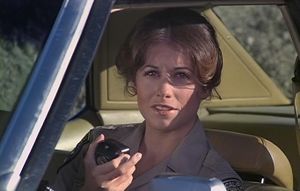 A misguided youth shoots his pellet gun onto the highway and causes an accident when he hits a passing car. Ponch and Jon assist with the accident. The ambulance driver speeds with the concussion victim off like a nut while Ponch and Jon investigate the scene of the crime. Later, the kid calls the hospital asking about the woman's condition. He's obviously upset about the whole thing. When Ponch and Jon arrive at Valley General Hospital to do their follow-up, they end up chasing a speeder. When they pull it over, we learn it's the ambulance driver. Before the briefing, everyone's entering a lottery about how long it will take Jon to rope a steer. When the kid goes back to get his gun, Sindy spots him and calls Ponch and Jon. He brings the gun to his friend, the gun dealer. When he leaves the store, Ponch chases him on foot. Jon cuts him off and catches him. After talking things over at Central, Jon and Ponch take him out to a ranch to ride. Jon shows off and then lets the kid ride. Meanwhile, the ambulance driver is fired from his job. When he leaves the hospital, he tells his wife that he still has his job. Later, Jon and Ponch introduce the kid to the un-injured accident victim. She begins to like him. Later, Ponch and Jon chase the ex-ambulance driver in a stolen ambulance full of dynamite. The ambulance stops in a playground and kids start picking up the dynamite while Ponch and Jon chase the driver. After they catch the driver, all three of them run to the dynamite and convince the kids to hand it over. At the end, everyone's enjoying Jon in the mini-rodeo.

"Ponch, you're a dirty, double-crossing fink. That's the kid that caused the accident, isn't it?"
--Mary Barnes

Someone moved the pellets! 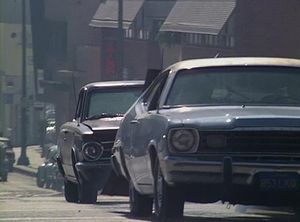