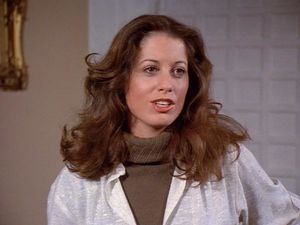 Brianne Banigan Leary (Sindy Cahill) was born on July 28, 1957 in Providence, RI. She is a cousin of Timothy Leary. Leary was a regular cast member on CHiPs during the second season of the show and a few episodes into the third season. Her last on-screen appearance was in the fifth episode of season 3, High Octane. It is not known why she did not continue on CHiPs, although a new female CHP officer, Bonnie Clark, was introduced during the third season. Prior to her work on CHiPs, Leary appeared as a contestant on "Match Game '76."View YouTube video Once she became more well-known, she also appeared as a panelist on Match Game.View YouTube video It is widely believed that Leary is the only person ever to serve as both a contestant and a panelist on the show. Brianne is also the inventor of a product called the Paw Plunger View patent, which she hawked on television. View YouTube video