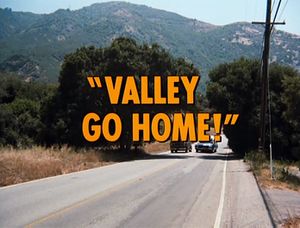 The rivalry between two teenage gangs intensifies when each blames the other for a series of robberies. Officers mediate a feud between teenagers. Ponch and Jon intervene when some irate surfers chase the Valley kids who bumped their car. Meanwhile, a couple of thieves use trash pickup as a cover to rip off beach-goers' tape decks. 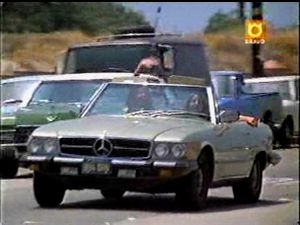 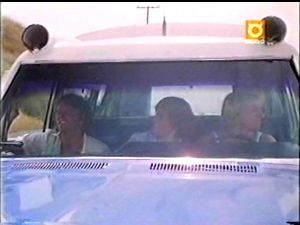 On one extremely hot and sunny Friday morning, and the kids are now out of school for the first day of summer vacation at Malibu State Beach. Ponch and Jon are now on duty, and happen to be riding along the Pacific Coast Highway. Two young women while cruising along in a Mercedes 450 SL start noticing Ponch’s deep golden brown suntan, and began waving at him. After two young women finally finish noticing Ponch deep golden brown suntan. Ponch now starts smiling while looking at the two young women, and now wants to know about Jon‘s suntan. Jon is now having second thoughts about sun tanning, and doesn’t think that he could keep up the results with Ponch. Ponch now gives Jon some encouragement to stick with sun tanning for the results. Jon now feels the encouragement from Ponch in order to suntan. 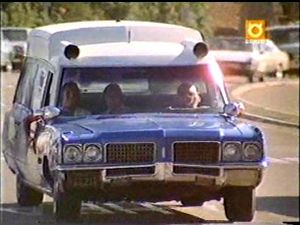 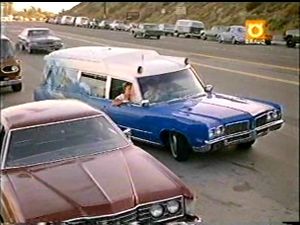 Ponch and Jon now find themselves reading last years racial warning welcome mat from the surfers to the Hispanic people about coming to their beach. While still riding along the coast, and a trash collector is picking up the litter. The kids are now enjoying their first day of summer vacation while playing on the beach. While three recent high school graduates who are actually inexperience surfers looking to start some trouble today, and happen to be cruising along in an retire Oldsmobile Ambulance. The mural painted on the back of the ambulance, and happens to be an airbrushing of a male teenage surfer hitting the high waves with his surfboard. Jerry is driving along the coast, and his buddies are acting like idiots while singing along to a brand new song on the radio. Jerry happens to be taking his buddies to the beach in order to go surfing. 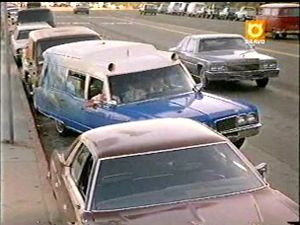 Jerry now decides to be rude 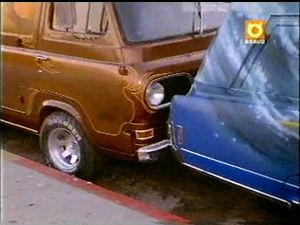 Jerry finally finds the perfect parking spot in order to park his ambulance. But there is actually one problem with the Ford Galaxie 500 in the parking spot in front of the ambulance is parked a little too close. Jerry’s buddy Dave now gives him the benefit of doubt about being able to parallel park in that type of situation. Jerry finally decides to pull into the tight squeeze of a parking space, and wants to teach his buddies a stupid lesson about learning how to parallel park in these types of situations. Jerry now decides to be obnoxious about the situation, and keeps backing up until finally he parks right on the front bumper of the Ford Econoline. After Jerry finally finishes being an obnoxious big shot by parking right on the front bumper of the van, and his buddies finally decide to get out of his ambulance. 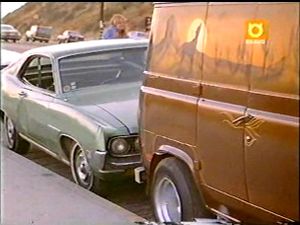 Dave notices the Coyote in the desert 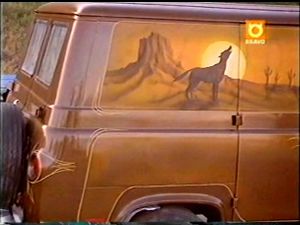 Coyote in the desert

After finally getting out of Jerry’s ambulance, and Dave finally decides to take off his white shirt. While their buddy Bart finally decides to give a helping hand by opening up the back right passengers door of the ambulance to retrieve their surfboards. Dave now thinks it’s funny about the owner of the van having hard time getting out of this parking spot. Bart finally has decided to give both of his best friends which consist Dave and Jerry by handing them their two surfboards. Jerry actually doesn’t care about victimizing the owners van with one of his stupid parallel parking moves, and starts insulting the Hispanic race of people that come from the valley in order to get a chance to come to this beautiful white sand beach. 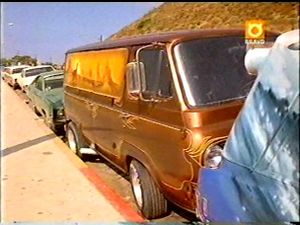 Michael now notices that his van in blocked in 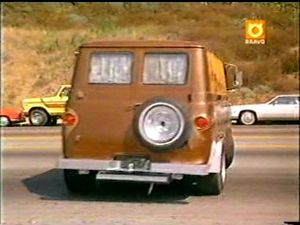 Michael and the gang after committing a hit and run

Both Dave and Jerry now notice the mural painted on the back of the van. The mural painted on the back of the van, and happen to be an airbrushing of a coyote howling in front of cactus while out in the desert. Jerry actually hates the coyote mural, and thinks the owner of the van is actually Hispanic that comes from the valley. Both Dave and Jerry now start making fun of the coyote mural by howling at it. Bart now wishes that his buddy Jerry would be nice enough to back into the ambulance, and finally do the right thing by pull up a little more to give the owner of the van some room to pull out. Dave really doesn’t care about doing the right thing, and Jerry now wants to go to the beach in order to go surfing. Both Jerry, Dave, and Bart now finally agree to hit the beautiful white sand beach with their surfboards. 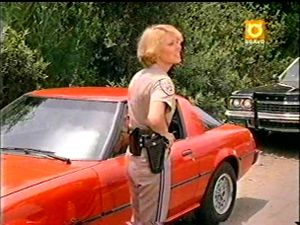 Bonnie is now distracted by Jon

After Jerry, Dave, and Bart finally agree to hit the beautiful white sand beach with their surfboards. Meanwhile a teenage girl wearing a bikini is now surfing the high waves with her surfboard, and she accidentally hits a low wave that causes her to wipe out. The other surfers are now finally managing to hit that same low wave, and which causes them to accidentally wipe out. While three recent high school graduates that are actually Hispanic people from the valley, and happen to be walking up the hill with their two girlfriends after deciding to leave the beach. They are now watching the other surfers actually manage to hit the low waves, and which causes them to accidentally wipe out. Lupe now notices that one of the surfers is actually going underneath the waves, and Michael knows about the surfers finally wiping out on their surfboards.

After Michael finishes hearing a list of complains from his friends about the parking situation. Michael finally comes up with a last minute plan to get back at the surfers for parking right on top of him, and wants everybody now to get inside his van. Michael now gives the keys to his van to Ramone, and wants him to start it right up in order to move the ambulance over a little bit without damaging it. Michael now grabs a wire out of the back of his van, and turns it into a coat hanger. Michael now starts climbing over the front bumper of his van, and is going to break into the surfers ambulance. Lupe is now thinking that his bullheaded friend Michael is actually crazy for attempting to break into the surfers ambulance.

Jerry now angrily responds to the accident situation while getting his green surfboard ready, and now has to witness a group of Hispanic people actually using their van to ram his ambulance into the other car. Ramone now helps both of their girlfriends get into the back of Michael’s van. Michael now gets back behind the drivers seat, and Lupe climbs right into the middle of passengers seat. Jerry, Dave, and Bart now decide to respond to the situation by starting to run up the hill with their surfboards. Michael now wants Ramone to hurry up, and get into the passengers seat so they can finally take off rather than have another fight with the surfers. Ramone now finally hurries up by getting into the passengers seat, and just wants to get out of here.