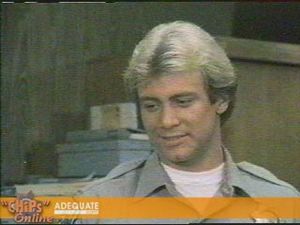 For a major character of the sixth season, not too much is known about Bobby Nelson.

His middle name is Torvald. It was the name of his Danish great-great-grandfather. Bobby claims to be a descendant of the vikings.[1]

As of 1999, Bobby Nelson's whereabouts are unknown.