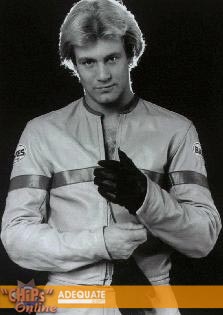 Apparently, by the end of the last season, Tom fell out of favor with Erik. On December 21 1982, he was arrested for possession of a controlled substance, qualudes. This prompted Bruce Penhall's Bruce Nelson character to became Ponch's new partner.

After "CHiPs", he went back to acting school and took on some other roles. He retired from acting in 1997.

As of August 2005, he was reported as living on the Monterey Peninsula with his wife and two kids, ages 9 and 6 as of March 2007. He received his private pilot's license in October 2006. He says he does a lot of camping and loves to be near the beach.