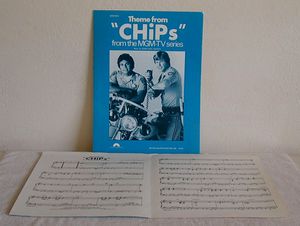 Sheet music for the theme 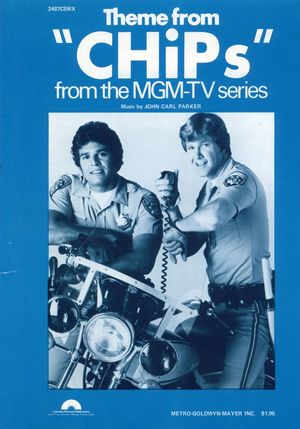 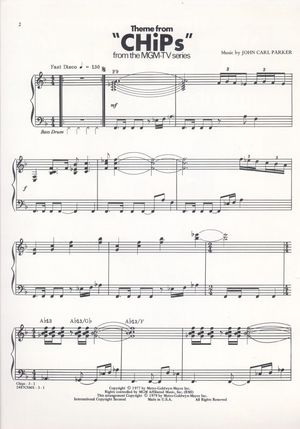 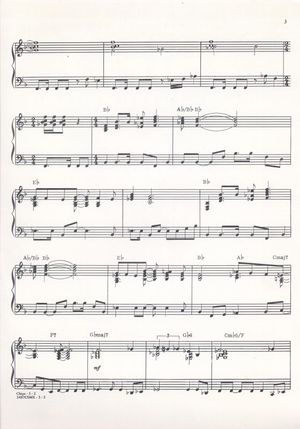 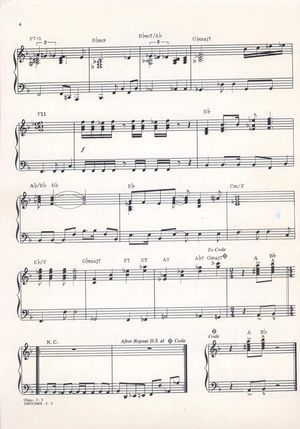 The "CHiPs" Theme was written by John Parker. The Season 1 version of the theme has more horns than the version used in Seasons 2 through 6.

The pilot episode features an extended version of the theme.

In 1979 Windsong/RCA records released the main theme in a slightly remixed format under the name Corniche on both 7" and 12" single. The 7" single contained a B side which was some background music from the show called "California Hustle". The 12" contained an extended 7 min version of the theme and did not have the B side.

In 1981, released only in Japan on the RCA label (and very rare), a TV soundtrack for some music from that season was put out and included the 7 min version of the theme from the 1979 12" single, along with two cuts by Japanese composer Yuji Ohno that were not heard in United States broadcasts. The two tunes were a disco cut entitled "I Love You C.H.i P.'s" and a love ballad called "California Sunset" (sung in Japanese). The rest of the album contained the same music composed and performed by Alan Silvestri as everyone heard on the '81 season.

An audio CD called Television's Greatest Hits, Volume 6 has a slight variation of the first season's theme. This version was not used on the show. The difference is hardly recognizable.

In 2006, Film Score Monthly issued a limited edition CD of score composed by Alan Silvestri and Bruce Broughton. This CHiPs Season Two Soundtrack features Alan Silvestri's arrangement of both the main title theme and end title theme as well as music from most of the second season episodes.

The theme from Seasons 3 through 6 is not available on CD, nor is any background music created for the series.

The CHiPs Theme appears on the "TV Land Crimestoppers: TV's Greatest Cop Themes" CD, released on Rhino Records in 2000. The version used on this CD is by Corniche, and wasn't used on the show. Corniche's version was originally released in 1979 on the Windsong label.

The notes from the CD, as written by Skip Heller, read, "With its sanitized funk beats, wah-wah guitar, and "Gonna Fly Now(Theme from "Rocky")-style twin trumpets, this is a perfect late '70's cop-show timepiece-the ultimate example of it's type."

Performed on a church organ