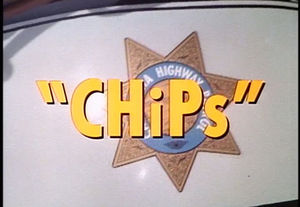 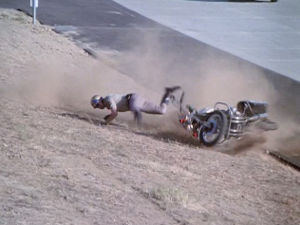 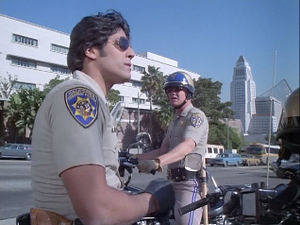 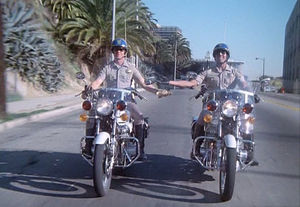 As the officers arrive at CHP Central, they find the morning briefing already in progress. The sergeant tells the officers about a gang of sports car thieves. As "Frank" tries to leave the briefing, he asks him about riding his CHP motor in the dirt last night and warns him not to blow probation with only two days left. 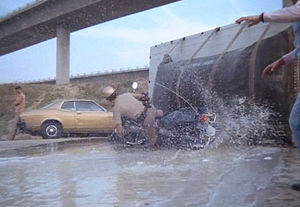 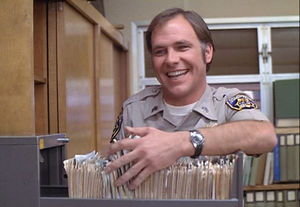 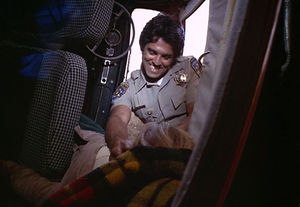 Later, Ponch and Jon play racquetball with Sergeant Getraer and Fritz. As they play, Ponch and the sergeant argue over the citation of the truck.

At Sunday morning's briefing, Sergeant Getraer informs everyone of more sports car thefts. As Ponch and Jon head out, they pull over a six year-old and tell him to keep to the right side of the road. When a truck that looks like the one that had the oil leak is spotted by another officer, Ponch and Jon head off to find it so they can get a picture of it to prove Ponch's argument. 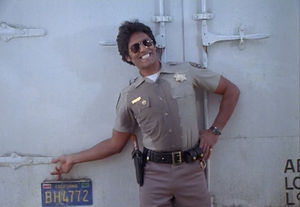 During the closing credits, we see Ponch pull over a black Mercedes Benz. Comments made in a voice-over by Getraer and Ponch reveal that he directed a relative of the captain into a ditch...and that he'll probably end up on probation again!

- Dispatcher on the radio, the first lines of the entire series

"You're gonna become a legend, Ponch."

"Anyway, the captain spoke to the commissioner and there'll be a commendation for both of you. They also told me to tell you that, ah, he and I are very proud of what you did today."

"I'm comin' up at one minute to six months. You wanna synchronize watches?"
"Probation's over." 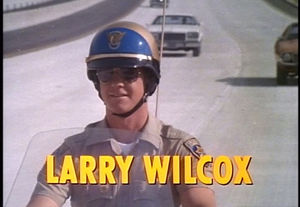 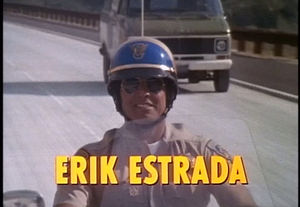 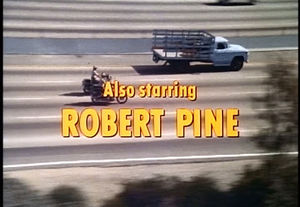 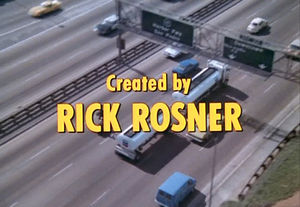 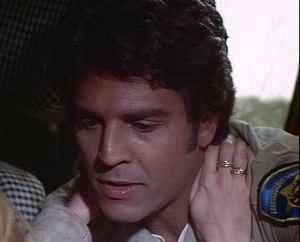