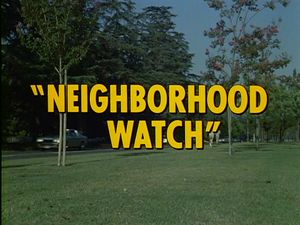 Ponch and Jon return to their beat after attempting to purchase Dodger tickets on their lunch break. A kid on a skateboard interrupts the flow of traffic. A yellow Ford Granada speeds past; Ponch and Jon pursue. The driver, Jerry Billings, runs the skateboarder off of the road; Ponch lectures the skateboarder while Jon continues the pursuit. A car picks up the kid and heads off. Jon stops the driver who has apparently been stopped by Jon previously and gives Jon a hard time. The car that picked up the skateboarder squeals past and Ponch and Jon pursue. A kid is driving the car with three other kids as passengers. The car goes out of control when a skateboard becomes wedged beneath the brake pedal. The car eventually comes to a stop. 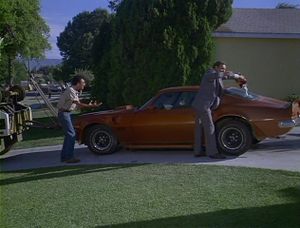 Disgruntled Car Owner pouring gasoline all over his car 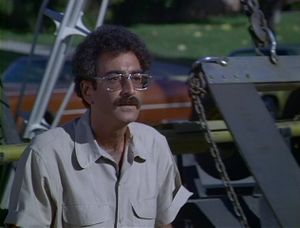 The kids are released to their parents and briefing begins. Getraer tells the officers that they need to watch the local streets and maintain high visibility. Meanwhile, Jerry is at a restaurant drinking and receives a call that disappoints him. Ponch and Jon respond to a call about a confrontation with a tow truck driver. The man whose car is being towed pours gasoline on his car and lights it on fire. Ponch puts out the fire and a bidding war over the car is won by Ponch for $83. Billings, again driving recklessly, speeds past Jon nearly hitting him. Jon stops him and asks him to step out of the car; John arrests him for drunk driving. Back at the station, Jon overhears Billings talking to his wife and lectures him about how people like him put others in danger.

While on patrol, Ponch and Jon spot the skateboarding kids misbehaving in the parking lot of a grocery store. A girl is left riding in a cart as it heads into traffic; Ponch and Jon rescue her. Back at the station, Getraer informs Jon that Billings has filed a Category 2 complaint against him. While watching traffic, Ponch and Jon are menaced by a remote-controlled airplane piloted by the skateboarder from earlier. Some of the other officers give them a hard time for their encounter with the toy plane. After the briefing, Getraer tells Jon that his "deuce" arrest is going to be reduced to a "reckless." While skateboarding, one of the kids knocks over buckets of flowers; the florist is irate. Cahill arrives and the kids are put in the back of her cruiser. She takes them to meet with an off-duty Ponch and Jon who take them to a skate park.

Later, Billings is drinking vodka while driving erratically and he hits a pedestrian; when his car won't start, he takes off on foot. Ponch and Jon respond to the call and tend to the injured pedestrian. Jon examines the car and identifies the car as Billings' yellow Ford Granada. Meanwhile, Billings is on the run; he catches a taxi while Jon races to his house to cut him off. When he sees Jon, Billings makes a run for it and Jon catches him. Billings threatens to take his own life and then gives up.

Ponch, Jon, and the kids go back to the skate park.