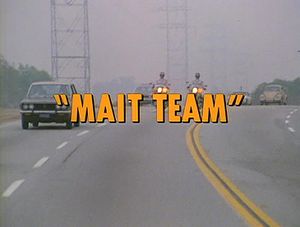 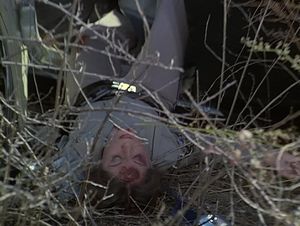 Sindy is involved in a major accident and Ponch and Jon respond. Our heroes arrive at the same time as the emergency vehicles. It isn't until later that someone notices Sindy's cruiser. Eleven people died. Luckily Sindy is alive but unconscious. She was the only survivor and witness.

Ponch and Jon become part of the M.A.I.T. team to investigate the accident. Several witnesses claim to have heard a siren just before the crash.

The next day, pictures and measurements are taken at the scene of the accident. Everything seems to be pointing to Sindy as the cause. Trouble arises when a Senator joins the investigation. While Ponch and Jon do a (safe) re-creation for the Senator, Getraer is following up clues and ends up chasing a truck which lost a part at the scene of the accident. When Getraer slips and tips over, Ponch and Jon take up the chase. When they catch the guy, Ponch makes the arrest. It turns out he ran because he thought they were getting him for excess parking tickets.

When Sindy regains consciousness, she remembers nothing. Ponch suggests they recreate the accident.

The next day, they have a truck and multiple old cars to play with. On their second run through, they get it almost exact. When Ponch and Jon get blinded by the reflection of the sun, Ponch realizes why the truck drove on the wrong side.They recreate it once again with the reflective sheets on top of the hill which were being delivered at the time of the accident. Jon is blinded and drives on the wrong side. The accident almost happens again.

When Ponch and Jon visit Sindy in the hospital, they bring her an 8-track player. When Ponch realizes he forgot the batteries, he runs out to get some.

"Didn't you guys have any witnesses?"
"None that were any help."
-Sindy (in the hospital) and Jon (referring to the dead accident victims) 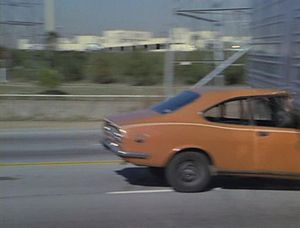 The driver is missing before impact.