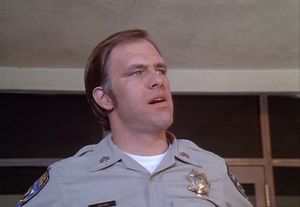 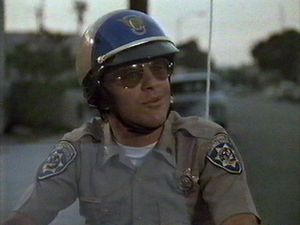 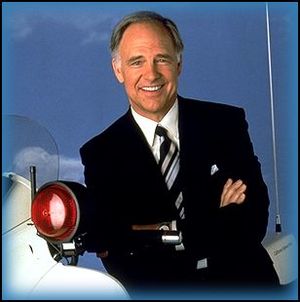 Joseph Getraer (b. 1945)[1] was a sergeant in charge of the California Highway Patrol's Central Los Angeles Division in the late 1970s and early 1980s. Although he was usually found in the station, he would occasionally go on patrol as a motor officer.

Joe is of Dutch ancestry. He is happily married to Betty and has a son, Timmy, and a daughter, Ellen. A second son, Christopher, was born later in the series.[2]

He served in the United States Navy, attaining the rank of Petty Officer Third Class. (He sheepishly admits that his time of service ran out before he could get promoted to Captain.)[3]

Joe is a self-proclaimed "closet expert on gem stones". He beat Bonnie in the CHP chess tournament.[4] and holds the track record of 47 seconds at the Malibu Grand Prix (mini-grand prix cars).[5]

Harlan Arliss's dog, Dave, growls at Getraer whenever he walks by.[6]

In his free time, Joe enjoys playing racquetball[7] and is an excellent handball player.[1]