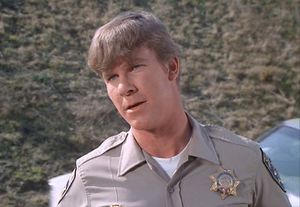 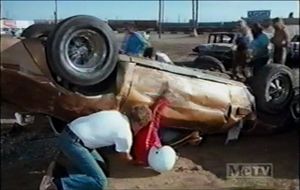 Jon is a leo[5], which places his birthday between July 23rd and August 22nd.

As a kid, Jon raised parakeets.[5] and had a horse named "Old Grey". It was in Wyoming that he joined the Boy Scouts.[6] He has a brother[7] and an older sister who was widowed. She was left alone with her son Wes Miller.[8]

During high school (when his surname was JB[9]), Jon worked in a bowling alley as a bowling instructor. (He currently wears a 10D bowling shoe.)[10] Jon was also on the high school football team. One of his teammates was Leo Norrison, who was a year ahead of him.[9] 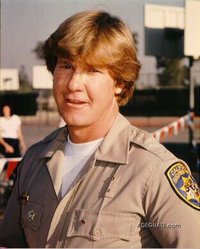 In the mid-1970s, Jon was partnered with Gary Bertrom. He was 28 years old when he was killed while chasing a speeding car. Gary's brother, Pete, wanted to be a CHP but he is colorblind. Pete was later arrested for impersonating an officer.[11]

When Frank Poncherello was put on six month probation in early 1977, Getraer partnered him with Jon.[7] They served as partners for five and a half years before Jon returned to Wyoming to help out on his father's farm in the middle of 1982. Bobby Nelson took his place at Central.[12]

Jon lives in the Raintree Condominiums and Townhouses community where pets are not allowed.[13] He doesn't have a TV[14], but somehow knows how to fix them.[15] He used to drive an Austin Mini with vanity plates "J A B"[16] or "JAB 5" [13] but got his blue truck for the second season. (Although several blue trucks were used in the series, the most common was a 1978 GMC Sierra Grande with the license plate 1E49964.)

His accomplishments and talents include: being a bowling instructor[10], an attempt writing a book[15], jet-skier[17], volleyball player[6], certified flight instructor, plays handball better than Ponch, horseback rider, calf roper, wind-surfer, hang-glider, sky-diver, and talented skate boarder. His favourite quote: "Take it easy ! Will you ?", you can hear him saying that in numerous episodes to many distressed drivers.