Difference between revisions of "Dr. Bosca" 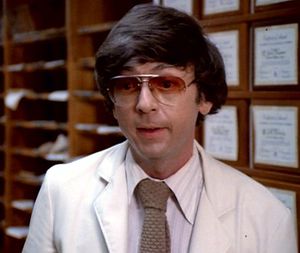 Dr. Bosca is a physician at Washington Hospital in Culver City. Bosca is on-duty when Jon is brought to the hospital after he is "sandbagged" by someone he was pursuing. He is also on duty when Grossman is brought in.[1] A year later, Bosca is called in when an Asian boy arrives at the station appearing ill. He is responsible for the quarantine placed on one corridor of Central. Bosca informs the CHP officers that the quarantine could last up to two weeks. However, the quarantine is lifted the next morning when it is determined that the boy has Manchurian Fever.[2] Bosca is known to have worn a beard.[1]