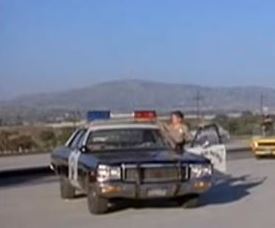 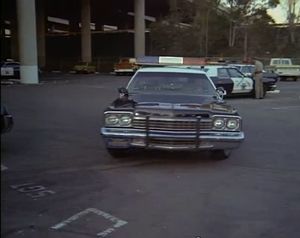 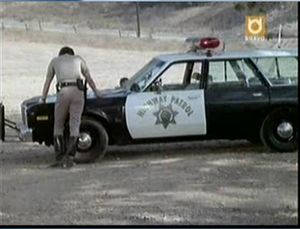 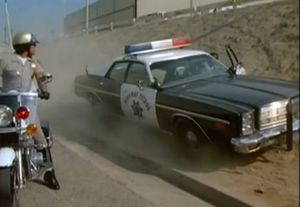 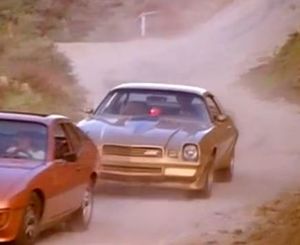 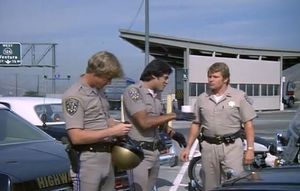 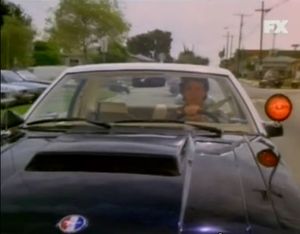 A cruiser is a patrol car. In "CHiPs" different cruisers have been used by the car guys. In the first seasons they patrol in '73 Dodge Polara, '74 Dodge Monaco and '76 Dodge Coronet in the latter seasons they drive '78 Dodge Monacos. In the episode "Dead Man's Riddle" Jon announces the arrival of the Chevy Camaros to the Department to catch speeders. He and Bear actually drive one of the non marked '79 Camaro Z28. In "Satan's Angels" Sgt Getraer has a Plymouth Volare station wagon at his disposal as mobile command post, to direct the search and rescue of State Traffic Officer (STO) Clark kidnapped by some bikers.[1] In the 6th season episode "Return of the Brat Patrol" STO Carter drives an '82 Ford Mustang SSP. Different CHP vehicles can be seen parked outside the office in many episodes, in particular in "Breaking Point" when Ponch shows some stunts on his bike in the parking lot.

List of CHP patrol cars used in the show: